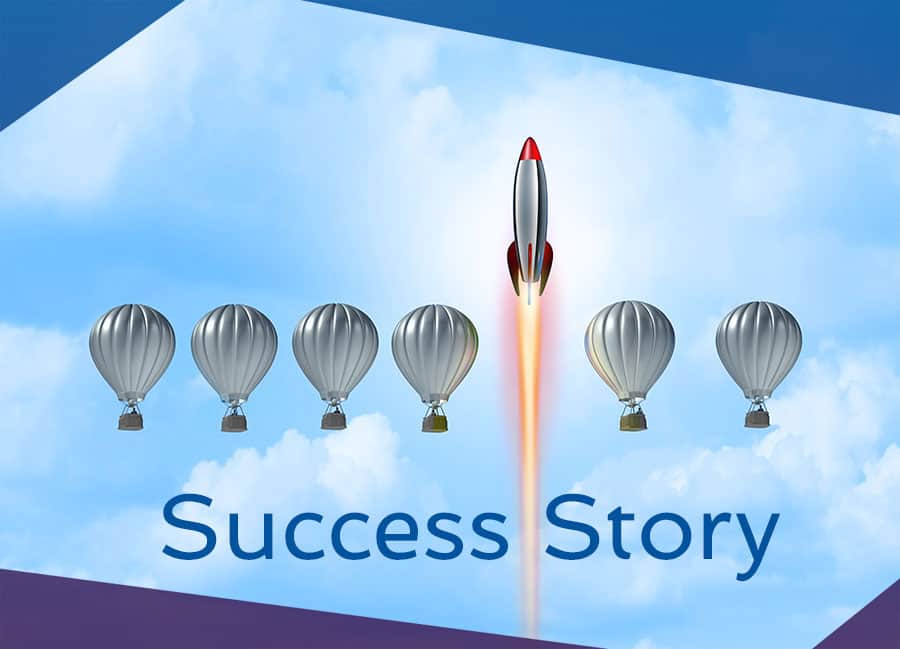 Everyday reliability keeps your business running smoothly. But sometimes situations arise that require an extra layer of dependability. When an important client is visiting or you’re preparing for a major event, the last thing you want to see is the “No Internet Connection” notification at the bottom of your computer. A downed server, network, or website can bring your entire operation to a standstill.

Such was the case with a nonprofit choral organization serving around 500 students in the St. Louis metropolitan area. “We have six different ensembles for students grades one through twelve,” explains Choir Director D. M. “Based on a combination of age and where a student might be in terms of their musical development, we’ll place them in the best fit ensemble.” The organization presents four major concerts each year, giving aspiring choral students the opportunity to sing for their communities in settings both small and large, including Powell Hall, the home of the St. Louis Symphony Orchestra.

2018 is an important anniversary year for the organization, so extra fundraising pushes, coordination with alumni, additional concerts, and the milestone 40th-anniversary gala meant more promotion and web traffic than ever. “It’s been a crazy year,” D. M. says. But juggling all the duties associated with a significant anniversary becomes much more difficult if your tools keep breaking.

“We were having issues with server and internet downtime, a lot of phone downtime as well,” D. M. explains. Acting Chief Operating Officer P. J. knew Mark and Amy Anderson through a relative and was subscribed to the IT TechWatch newsletter. When the organization decided to upgrade their IT vendor, Anderson Technologies was a clear contender.

“I was grateful that Mark didn’t come in and just try to sell us on the hype,” D. M. says. “Mark was just an honest guy who came in and told us what he thought we needed to address, and we just got a great vibe from him.” The team’s knowledge and reliability spoke for itself as well. Our managed services experts have tackled all of [our] problem areas with other clients, leaving a track record of success and innovation.

“We felt really confident in the level of work that [Anderson Technologies does],” D. M. recalls. “We just had a feeling that we were going to be in very good hands.” The organization officially signed on for managed IT services in February 2018.

The most important project Anderson Technologies completed with the organization was a situation no one expected. When their website was hacked in early 2018, Anderson stepped in to mitigate the damage.

D. M. describes the situation as an emergency. “I think somebody got into the back end of the site. So we were like, ‘Once we get our board approval and everything we’re going to go with [Anderson Technologies], but in the interim can you please fix this?’”

Their previous IT vendor was unable to recover the site from a malware attack, leaving Anderson Technologies’ team to migrate the site to our own hosting servers and restore a backup copy. Anderson Technologies Director, Farica Chang, who has years of experience implementing website security and mitigating malware problems, addressed the attack immediately. Several plugins, pages, and custom icons had been deleted, requiring a piecemeal approach to return the site to its original state.

“[Anderson Technologies] was super responsive,” D. M. says, “really quick on it … turned over every rock, crossed every t, dotted every i to make sure we could get back up to functionality as quickly as possible. That was yet another reason why we were confident to present our board with the information and say, ‘This is going to be a really great pairing.’”

What kind of music do you expect to make when your instruments are out of sync and out of tune? The nonprofit knew it was time for hardware upgrades, but they weren’t sure where to start.

“We needed some new equipment, and we needed some people to think outside of the box a little bit,” D. M. says. “It just didn’t seem to be a priority for the group we worked with previously.” When seeking a new managed services provider, the organization made hardware innovation a priority.

One aspect in particular that they needed updated was their storage methods. “At the time we were keeping large physical hard drives here on site and not really backing them up,” D. M. says. They required a way to store massive media server files and student information in a failsafe, secure way.

Anderson Technologies outfitted the organization with a new backup methodology involving both local and cloud based storage. Two storage methods ensure files are safe in the event of a disaster. “In case we have things like a fire that melts the whole place down, we can actually recover from that type of situation,” D. M. says. “It’s a much better solution.”

Wi-Fi Signal from Flat to Fortissimo

Network reliability is another area of improvement the organization wanted to focus on. D. M. in particular struggled with the wireless connection in the rehearsal room, an area that also houses his daily office. Spotty internet service and wireless coverage led to big problems like losing valuable work time or dropping calls over their VoIP phone system.

Anderson Technologies installed a Meraki firewall and new wireless access points to extend the range and security of their wireless internet. “That’s worked like a dream,” D. M. says. “It’s been great to have [internet and phones] working reliably every day so that we don’t get any situations where we have to shut down the whole office for the whole day.”

There is nothing more important to the organization than reliability during their important anniversary year, and Anderson Technologies firmly guaranteed that their system would ease those worries. “You know, ‘The phones are all down, the internet’s down, why are we even here?’ It would all happen at once,” D. M. says. “Part of it is just we were cobbling together some older and/or cheaper pieces of technology to make it work, but we had some weak links in the chain.”

A concise assessment of their IT needs combined with a clear timeline of solutions allowed the organization a smooth delivery of their anniversary events without any major hang-ups. Anderson Technologies’ continued partnership with the organization provides them with the freedom and peace of mind to continue serving St. Louis’s young choral aficionados for another 40 years. “We’ve had the much more stable setup that [Anderson Technologies] promised us,” D. M. states. “It’s definitely worked as advertised.”

For more information about how Anderson Technologies can tune your IT to make sure every note is perfect, contact us here or call 314.394.3001.